Online vocabulary learning application, Vocab Express, has been announced as a partner, alongside Speak to the Future and Oxford University Press for the Language Show Live’s Strictly 1000 Words competition. The new competition is designed to challenge school, college and university students and language enthusiasts up and down the country to practise and improve their vocabulary in at least one foreign language.

To enter, competitors must create a two to three minute video using no more than 1,000 words in another language via the Language Show Live website. This could be a short film, a song, interview, promotional advert, role-play, animation, rap or a piece of poetry and can be factual or fictional. To be in with a chance of winning, the language/s used in the video must be accurate, well pronounced and clearly delivered. 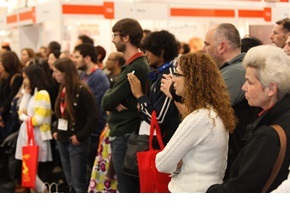 For adult entrants, first prize is a two night stay for two people including breakfast in a DJH Rheinland hostel in Cologne, Düsseldorf or Bonn. This includes return train tickets from London to Cologne. As for primary, secondary and FE student entrants, a year’s subscription to Vocab Express is also up for grabs. Language dictionaries courtesy of Oxford University Press will also be given out as prizes, as will an iPad, fully loaded with Oxford University Press apps to support language learning even further.

Justin Sycamore, managing director of Vocab Express and judge on the competition panel says, “We’re excited to be working with the Language Show Live on this creative and challenging competition for everyone with an aptitude or interest in language learning. Celebrating other languages and cultures through competition is an integral part of what we do at Vocab Express so we jumped at the chance to be involved. I look forward to watching some highly creative videos!”

Applications close on 11 July, with the eight finalists announced at the end of September. The talented finalists will also win the opportunity to perform their piece in front of 9,000 attendees on Saturday 18 October at Language Show Live 2014.

For those interested in entering, inspiration for videos and access to a range of vocabulary lists is available at: www.vocabexpress.com/speaktothefuture

For more information on the Strictly 1000 Words competition and to enter, visit: http://www.languageshowlive.co.uk/Content/Strictly-1-000-words-competition