Research suggests that nearly 70 % of children in the UK have had some kind of bullying experience – yet bullying is a sensitive and complex subject which can be difficult to talk about.  One way to tackle it is through the inclusive and accessible medium of film.  To tie in with Anti-Bullying Week 2014 (November 17-22) Into Film, an education charity supported by the BFI with Lottery funding, has developed a resource featuring six carefully selected films – three for primary and three for secondary – to promote discussion about bullying and related themes such as friendship, standing up for what is right and the power of groups, positive and negative.  Films are free to order for all schools with an Into Film club; to start a club visit:  http://www.intofilm.org/schools-film-clubs or call 0207 288 4520. 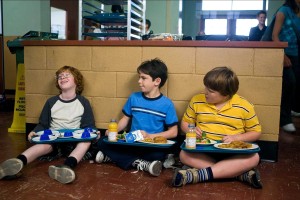 Titles for primary in are Diary of a Wimpy Kid (2010, PG), South African animated adventure Khumba (2013, U) and inventive computer-animated caper Wreck-It Ralph (2012, PG); related activities include watching and discussing a short film about bullying made by young people, mind-mapping and writing techniques to define what bullying is, creating a series of tableaux and planning a two-minute campaign to counter bullying. Incorporating the vital theme of cyberbullying, titles for secondary are The Social Network (2010, 12), about the founders and impact of Facebook, tense British drama UWantMeToKillHim (15, 2013) and futuristic sci-fi movie Ender’s Game (2013, 12).  Related activities range from a Character crossroads discussion and worksheet to researching successful people who were bullied as a child, and creating an educational Talking Heads film about different types of bullying and how to stop them. Download the resource at http://www.intofilm.org/news/articles/film-resource-anti-bullying-week

In addition, throughout Anti-Bullying Week the charity is hosting a series of free screenings for schools, with associated teaching resources, focusing on the topic of Anti-Bullying and Heroes as part of the Into Film Festival 2014 – the world’s biggest youth film festival.  For information and to book tickets visit www.intofilm.org/festival

Into Film is an education charity that puts film at the heart of young people’s learning.  Into Film Clubs are FREE for all state funded schools and non-school settings and offer free access to thousands of films and education resources for learning through and about film, as well as opportunities to learn about filmmaking and go behind the scenes of the film industry.  Inclusive and accessible for all students, film clubs help promote young people’s social, moral, spiritual and cultural development helping schools achieve OFSTED requirements. 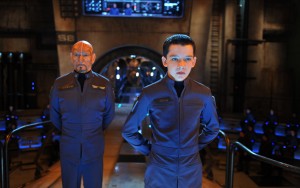 Supported by the BFI with Lottery funding, together with funding from the film industry and a number of other sources, Into Film incorporates the legacy and staff of two leading film education charities, FILMCLUB and First Light, building on their experience and success in delivering programmes of significant scale and reach to children and young people across the UK.

For further information about Into Film and to start an Into Film Club visit:  www.intofilm.org/schools-film-clubs or call 0207 288 4520.