A team from St Aloysius’ Catholic Junior School in Camden have become the winners of the British Land Kid’s Cricket Inclusive League Final, at the MCC Indoor Centre at Lord’s Cricket Ground. Seven teams from different London boroughs competed in a series of exciting matches on the Inclusive League Final’s Day, which was the culmination of an inter-borough competition of 29 teams across London.  St Saviour’s C of E Primary School from Westminster also reached the final at the end of a competitive and fun day, with St Aloysius’ Catholic Junior School taking home the winner’s trophy.

British Land’s Kids Cricket Inclusive League is a venture between British Land and charity Capital Kids Cricket, designed to open up the game of cricket to those with Special Education Needs.  The competition has encouraged children to learn and grow through sports.  This year it was evident how much the competition has increased the children’s self-confidence, as well as listening skills and focus, something that can be related to the classroom and everyday life.

This year, the Inclusive League, which is in its second year, was attended by parents, coaches, the Madame Speaker of Hackney Council, Councillor Sharon Patrick, and Mike Gatting the MCC President.

The seven borough finalists who qualified for the Final’s day at Lords were: 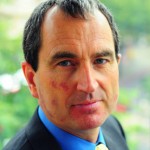 “I would like to congratulate St Aloysius’ Catholic Junior School for taking home the winner’s trophy, and further, congratulate all the schools from across London that took part. Watching the Inclusive League Final today reminds us that sport has the ability to inspire excitement, teamwork and confidence.  It is evident that all young people can learn through sports and the Inclusive League is an opportunity to bring those skills and the Spirit of Cricket directly into schools, and beyond that into everyday life.  We are delighted to be partnered with Capital Kids Cricket for a second successful year, and be able to see how the effort that both the coaches and the children have put in has culminated in such an exciting final’s day.”