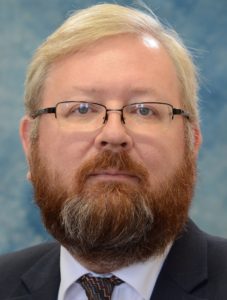 Physics teacher Martin Guy from St Albans School, has been recognised for his exceptional work by the Institute of Physics (IOP).

Martin is one of six teachers in the UK to receive a 2016 Teachers of Physics Award from the IOP for his outstanding work teaching physics and was nominated by his colleagues, after the School achieved a record number of students progressing to study A-Level physics.

Martin’s nomination for the award describes him an ‘excellent and experienced’ teacher who has inspired many of his students to study physics after A-Level.

Alongside his exemplary teaching, Martin has supported his pupils in a dedicated science society, known as the ‘Stephen Hawking society.’ Hawking, a former St Albans School pupil, has returned to the School to speak to students and many others in the area.

Headmaster of St Albans School, Jonathan Gillespie, said: “This award highlights the tremendous dedication Martin has for the School and the world of physics. To be seen as one of the best six teachers in your field is a superb achievement and one that we are all incredibly proud of.”

Martin will receive his award, along with a cheque for £300 at the Institute of Physics award dinner taking place on 29 November, which will also be attended by the top researchers, academics and policy makers from across physics.

President of the IOP professor Roy Sambles offered his congratulations to all those receiving a Teacher of Physics award this year. “Teachers provide an invaluable academic foundation for the future of science development, and it is important that we recognise and celebrate the successes of those who are able to motivate and inspire young minds. It is a delight to celebrate those who helped nurture the intellectual development of students and inspire the next generation to study physics. I warmly congratulate these six individuals for their outstanding contributions to educating the scientists of tomorrow.”

The Teachers of Physics awards, instituted in 1986, celebrate the success of secondary school physics teachers who, by their outstanding practice in the classroom have raised the state of physics and science in schools.