Jeans for Genes Day is celebrating its 20th year of fundraising for children with genetic disorders on Friday 18th September 2015, and this year a host of celebrities are backing the campaign including Kate Moss, Amanda Holden and SpongeBob Square Pants.

Jeans for Genes Day is a fun and educational mass participation event that brings schools together to raise money for children with genetic disorders. The charity is encouraging schools to register to take part as soon as the Autumn term starts, and to participate in what promises to be the biggest and best Jeans for Genes Day since the event first started back in 1996.

Schools can sign up via the website and will receive free educational materials tailored to early years and all key stages, which have been designed to help schools make the most of their Jeans for Genes Day activities, plus toolkits, assembly and fundraising ideas and event check lists. 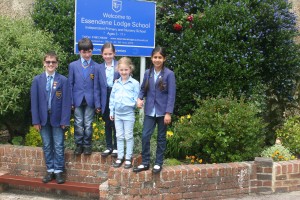 Since 1996, schools have played the biggest part in raising money for Jeans for Genes and so far, over 15,000 schools across the UK have organised a Jeans for Genes Day event. Many schools have supported the cause for multiple years and Essendene Lodge Primary School in Caterham, Surrey has been supporting the charity for 20 years as has Ravensbourne School in Romford, Essex.

Jeans for Genes Day has been raising funds to help children affected by some of the most serious and life-threatening genetic disorders. Over the last 20 years, a sea of denim has swept across the UK as the British public have taken up the Jeans for Genes Day banner and helped raise over £40million. 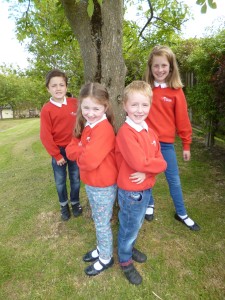 Caroline Harding, Chief Executive of Jeans for Genes Day, says: “Over the last 20 years we’ve had phenomenal support from schools who have really championed Jeans for Genes Day. This year we are urging teachers, pupils and school councils to once again consider participating in our very special anniversary fundraiser.

“Just by wearing jeans and making a donation, schools have already helped us to raise millions of pounds to provide vital care and support for children with genetic disorders. To mark our 20th anniversary, we’re asking pupils and teachers to go the extra mile and do something extraordinary in jeans to improve the lives and experience of children and families affected by genetic disorders.

“Throughout September we expect to see denim fever sweep across the country as high profile celebrities and schools get involved and show their support. We’re excited to announce a team of synchronised swimmers will be performing in jeans as well as a ballet house rehearsing Swan Lake in denim.”

Do something extraordinary in jeans by celebrating 20 years of Jeans for Genes Day. For more information for schools and to register, please visit www.jeansforgenesday.org  or call 0800 980 4800.