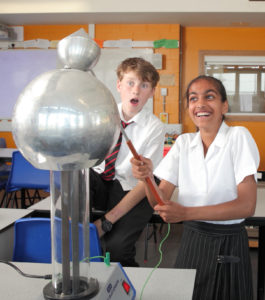 Schools from across England are being invited to sign up for free to the Institute of Physics’ (IOP) Improving Gender Balance national research trial.  The trial is seeking to reverse the trend for girls to drop physics after GCSE level irrespective of their aptitude in the subject.

For the last three decades only a fifth of those taking A-level physics in the UK have been girls with only 13% of girls who achieved grade A or A* in GCSE physics going on to study the subject at A-level.  This compares to 39% of boys who go on to study physics at A-level having achieved grade A or A* in the subject at GCSE (Institute of Fiscal Studies, August 2018).

The randomised control trial, being funded by the Department for Education, will see half of participating schools receiving a wide ranging programme of valuable, evidence-based support including: 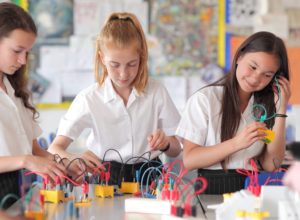 Benefits of participation go beyond the physics classroom too, with schools participating in the pilot reporting that a head-on tackling of gender stereotypes had equipped teachers to ensure that all students were able to explore the possibility of studying subjects across the board, irrespective of gender.

Beth Bramley, Gender Balance Programme Manager at the Institute of Physics commented: ‘Physics is hugely rewarding subject to study at A-level and a gateway subject to so many exciting career roles and higher education options.  We want to ensure that as many young people as possible, irrespective of gender have the chance to benefit from the opportunities it can open up.

‘This ground-breaking research study represents a unique opportunity to make a real difference.  It will tell us what really ‘works’, embed whole-school approaches to tackling gender stereotyping and help set the future agenda for best practice in gender balance improvement in schools.’

he ground-breaking trial is open to all state-funded co-ed secondary schools where a gap currently exists between the proportion of girls and boys taking physics A-level and all girls schools with a relatively low number of girls progressing to A-level in physics.

Share
Previous We are Hackney Learning Trust, Services for schools
Next Health Careers that Can Make You Happy in 2019 Searching for the School Librarian of the Year