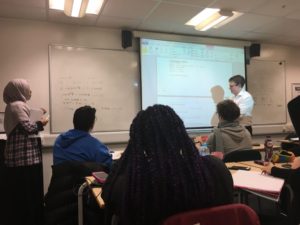 It was last week reported that the university diversity drive is failing Britain’s ‘poorest’ students. Statistics released by UCAS, the admissions body, showed that there were 12,760 university applications from the UK’s richest postcode areas for the September 2018 intake, compared to a meagre 7,210 applications from students living in the poorest areas.

Despite this shocking disparity, one of London’s leading private tuition agencies (which can charge up to £200 per hour for tuition) has taken action to combat this imbalance in the education sector. Bright Young Things, whose clients include royalty, has partnered with The Access Project, a charity supporting bright young people from disadvantaged backgrounds to get to top universities. The aim of the partnership is to ‘provide quality education to all,’ said a spokesperson for the agency.

Only 21% of the 93.5% of students in the UK not at private school receive tuition, and within these students are the staggeringly large 15% of secondary school pupils in the UK who are eligible for Free School Meals. Unfortunately, again according to The Sutton Trust’s research, these students only currently make up 2% of the intake at the UK’s most selective universities. 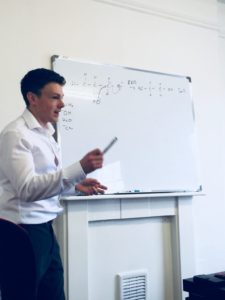 Charities such as The Access Project have been fighting to challenge these odds by working with motivated students from less privileged backgrounds over five years to offer them a stronger chance of meeting their potential. Bright Young Things has created a collaboration with them, in order to also reach out to these students: Booster Days. Booster Days are designed to bring Access Project students from around London together for a day’s close focus on one subject. The first session on April 6th focused on Chemistry, a subject that many students struggle with and for which there is a shortage of tutors. Led by Bright Young Things tutor James Weber and developed by Bright Young Things’ Carys Wright, the day focused on topics that were pre-selected by the students and approached in a range of ways.

‘The students were a joy to have in BYT headquarters, and the day was lots of fun,’ says Wright, before noting that 100% of students fed back that they’d like to attend another Booster Day. One student said, “My experience was great today. I learnt a lot and am more confident in Chemistry now!”

‘It is great that we have had such an overwhelmingly positive response to the Bright Young Things Booster Day,’ said Wright. ‘We see this a step in the right direction, towards providing quality education to all children, regardless of their socio-economic circumstances.’