Portcullis Computer Security, information security specialist, has announced the launch of an ICT competition targeted at secondary schools within the London Borough of Hillingdon. The competition is aimed at reinforcing the government’s amended ICT syllabus for schools, and is based on the Raspberry Pi, a small, fully functional Linux-based PC that was developed specifically for use in promoting computer science education.

Participating schools will be given 10 Raspberry Pi computers each and will have 10 weeks from the start of term in September to use those machines to develop something that will benefit their local community or individuals within those communities. Each school will also receive full competition packs prior to September comprising teaching materials, classroom challenges and games to assist students with the creation of their entries. 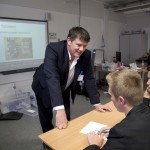 The competition was officially launched at Ruislip High School on July 10 where a team from Portcullis delivered an in-depth overview of the technology, the competition and what is expected from entries.

“This has been a positive day for all the students involved,” says Sunaina Shori, curriculum leader for ICT at Ruislip High School. For them to hear and learn from people working in industry about the exciting and challenging experiences they’ve had on a practical level and about how important security is has made a huge difference. It really makes them think about how they can use the skills they’re developing at school in future careers. The practical experience of using the Raspberry Pi’s and practising with the programming has been really beneficial. We have a number of students who are very interested in applying for the competition and developing something of their own.”

Tim Anderson, commercial director, Portcullis says: “There is a definite gap in the education sector with students missing the fundamentals of coding and programming. A lot of young people think they are good with computers but when it comes to understanding how computers work, we have a lot of passengers and not enough mechanics. Many kids lack the skills to do anything tangible with what they know

“The Portcullis team has a genuine passion for technology and the industry in which we operate, and we’re delighted to be able to use this opportunity to encourage secondary schools and students to explore the opportunities that programming can present in advance of the new computer science syllabus launching in September.” 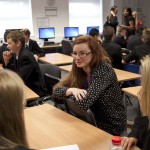 Participating schools will have until November 7 to finalise their entries, which will be judged at the end of the month at Portcullis’ Watford offices. First prize is a trip to Bletchley Park, while second and third prizes will be Raspberry Pi based.

With only 10 spaces in the competition interested schools are encouraged to get in touch with Portcullis as soon as possible to secure their place. Participating schools include Ruislip High School, Haydon High School, Queensmead High School, and Watford University Tech College.