Piping Championships are back with a twist

Young musicians are set to put the wind up Scotland’s bagpipe playing heritage.

Scotland’s top young pipers and drummers are starting to gear up for the world’s largest schools pipe band competition – which this year comes with a twist. 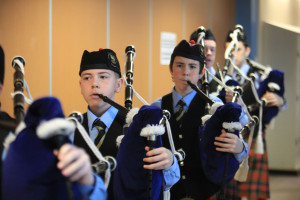 The Scottish Schools Pipe Band Championships (SSPBC) features an innovative ‘Freestyle’ category which aims to show how traditional piping and drumming can be combined with other musical instruments to create a modern take on pipe music.

The event will see the musicians – with some swapping their pipes for a piano, guitar or even bongo drums, midway – perform tunes under the theme ‘anything goes’, ranging from Scottish melodies, songs from musicals and hits from One Direction.

David Johnston, Chairman of the SSPBC committee, said the Freestyle competition is unique in the world.

He said: “The Freestyle category is all about the traditional pipes and drums – but with a twist.

“It offers a chance for pipers and drummers to let loose from the rigid competition format to perform some more modern pieces in a relaxed atmosphere.

“We decided to introduce this category as a way of highlighting the versatility of the pipes and drums alongside other instruments which we think will encourage schools to get creative, as well as adding a quirky twist to the event.

“It means that schools can look to use their whole orchestras and young musicians to compete in a novel competition.

“This category is all about injecting some fun into the competition and showcasing the outstanding musical talent of our younger generation, regardless of what instrument they play.”

Already seven schools have entered for the 10 slots available in the Freestyle category, who will face a judging panel consisting of some of Scotland’s most senior Pipe Majors, as well as Craig Munro from Scottish piping favourites The Red Hot Chilli Pipers. 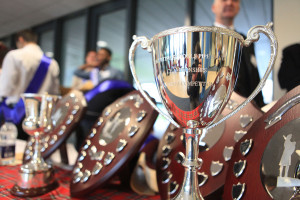 Elsewhere, entries are starting to flood in for the SSPBC which takes place on March 8 at Broughton High School and Fettes College in Edinburgh.

The deadline for entries closes on 26 January and the SSPBC committee is keen to encourage more schools to sign up.

Last year, more than 600 students from nearly 100 schools competed in the event which aims to showcase the need for Scottish schools to offer pupils the opportunity to play Scotland’s famous national instrument.

David added: “We want to prove to schools, education authorities and parents, that learning Scotland’s most iconic musical instrument can not only teach our kids important skills but it can build self confidence and can instil a sense of pride in younger generations.

“Year on year the numbers for the competition keep growing and we have seen everything from juniors to seniors from a wide and diverse range of schools take part.

“It’s a real thrill to see the level of interest amongst younger generations rise around an instrument that plays such a significant part in Scotland’s musical heritage.”

Share
Previous St Albans School Cross Country team sets new record in beating the best of the US Schools
Next Red, White & Blue Day 2015 commemorates the 75th anniversary of the Battle of Britain