25 Top things you need to know about Classroom Technology 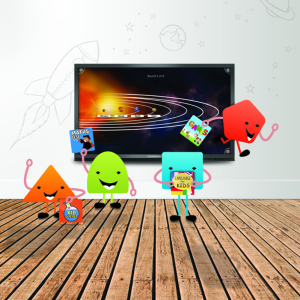 If you’re feeling overwhelmed by classroom technology, don’t worry, you’re not alone. To give you a helping hand, the Clevertouch team has put together A Buyers’ Guide to Classroom Technology containing answers to the Top 25 questions most regularly asked by schools. 70% of schools have already incorporated touchscreen tablets into the classroom with many replacing interactive whiteboards with large-format touchscreens. So if your school is one of those looking to make the switch, this guide will ensure you are well equipped to make the right decision.

Primary school pupils have been brought up with touch technology from birth. Many people will remember it making an appearance back in 2004 with the release of Nintendo DS but it was not until the launch of the first generation iPhone in 2007 that touchscreen devices really took hold. It’s difficult to think of any other technology that has been adopted as quickly and as widely as touch technology. Cisco report that of the 526 million new mobile devices sold last year, 77% were smart devices, the vast majority of which are controlled by touch. As a comparison it took telephones 45 years to enter the mainstream market, mobile phones took 7 years but smartphones took just 4 years.

If your school is considering introducing touchscreens into the classroom, either personal devices or front-of-class interactive touchscreens, download the guide available on clevertouch.co.uk for answers to many of your burning questions, or call us on 020 8319 7777 or email info@clevertouch.co.uk.